I recently order cable internet, since the provider offers for almost the same price as the DSL provider better speed. I’ve also read, that the cable provider deployed already IPv6 in my region. So - good to go.

When the parcel with the cable modem router arrived and I wanted to plug it in, there was a small obstacle. The socket was locked down - apparently this was done a couple of years ago (even before I moved in) to prevent watching cable TV without paying. Wonderful! This now prevents me from simply using what I’ve ordered.

Since the provider didn’t ship a key to remove the lock, I had to find a different way…

The lock is held by a single screw in the middle. But this screw cannot be removed using an ordinary screwdriver. That would have been too easy. So, I used a drill and worked my way from the corner to the middle. I finally had the idea to isolate the middle part, made several wholes around the center and used pincers to cut through. 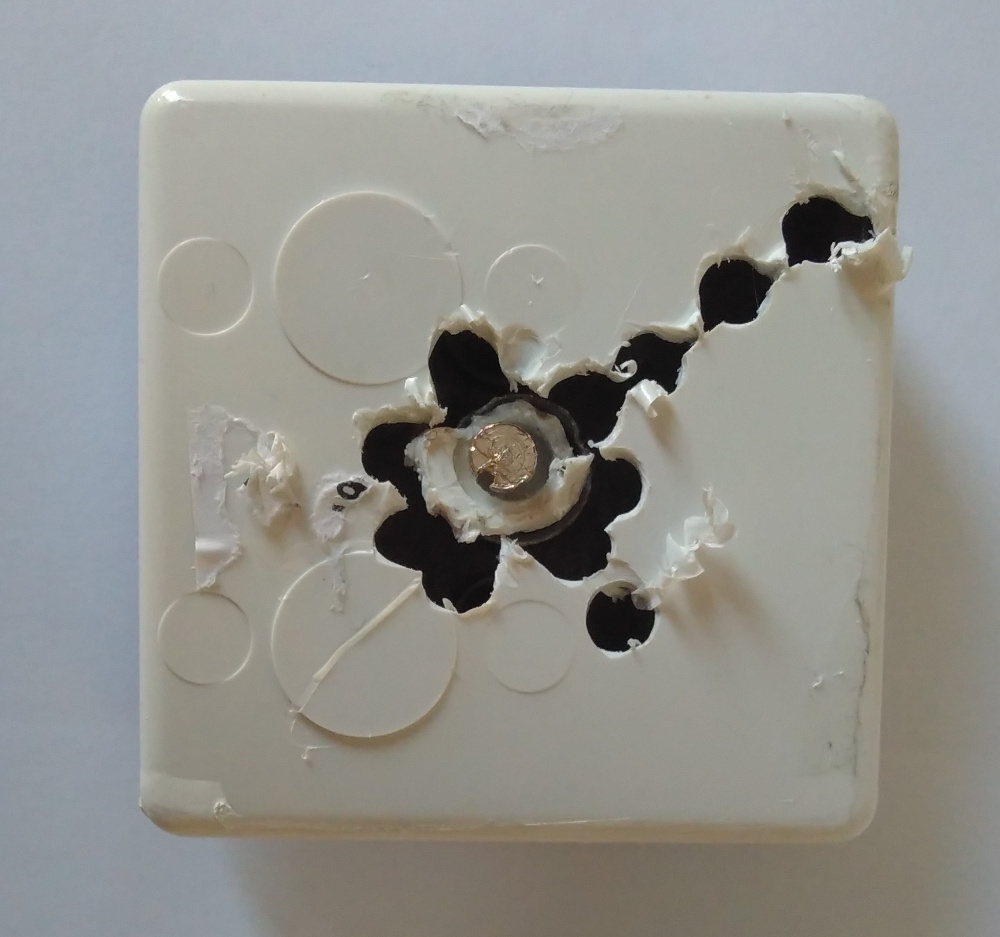 Now I could reach the screw and I could turn it around. The white plastic around the screw also went around and without separating the box from the center, I wouldn’t have been able to remove the screw.

It turned out, that the lock consists not only of the plastic shield, but also has a metal part. Both parts fit into each other and since they are not round, they can’t be turned against each other. 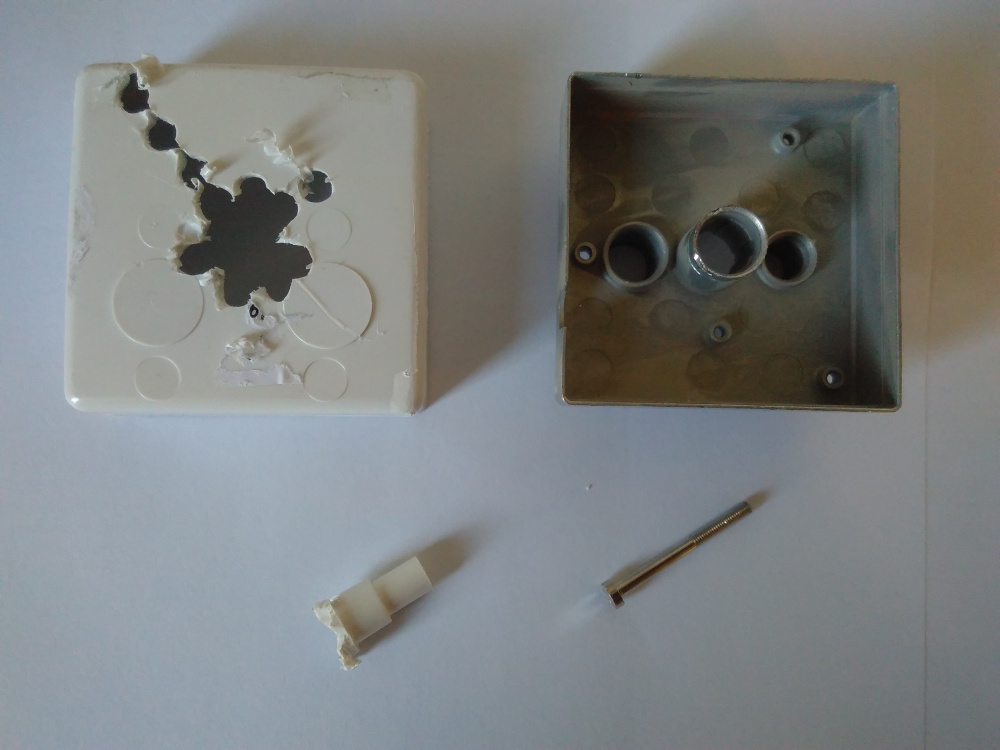 Finally I was able to add the necessary adapter to plug in the router.