Since a month or so I see strange orange cables in Munich. They seem like endless cables, they are always extended, seem to have some signal boost every now and then and they even cross streets. 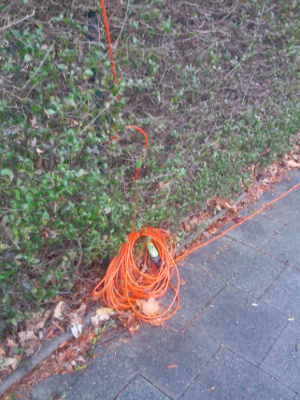 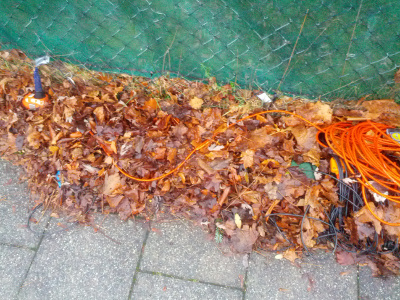 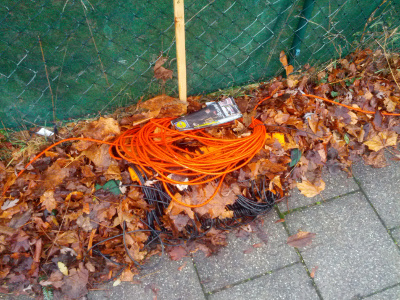 A google search revealed an old article which sheds some light on this, e.g. Orange Kabel werfen Fragen auf.

A new search showed up another article from muenchen.de: SWM führen Seismik-Messungen in München durch

So, it’s clear now: These orange cables are part of a big instrument that is used to figure out how the earth is constituted in order to find new source of hot water to leverage for energy harvesting. They search for good places to build a new geothermic power station. Apparently there is much hot water below Munich.

The instrument is called a Geophone. The German wikipedia has another nice image about a geophone in urban areas.